If these words sound familiar to you, then you’re probably not new to the world of walkie-talkies. But if not, then you’re missing a lot.

There are many people who believe walkie-talkies belong to the old era –before the advent of cell phones. But when you look around, you will quickly discover that these radios are still very much relevant today.

Cell phones don’t pick up signals everywhere, but two-way radios do, which makes them invaluable in certain emergency situations.

If you’re here, then it’s unlikely you know how to connect walkie talkies. And it’s safe to say that you’re probably a beginner.

Not to worry, I will provide you everything you need to know about setting up two or more walkie talkies so you can start transmitting.

For two or more walkie talkies to work together, they have to be set to a single channel. At any time, only one of the radios can transmit while the others listen.

To start transmitting, you will need to press a “push-to-talk” (PTT) button, which is usually located on the top or side of the device. Some walkie talkies might come with a VOX (voice-operated exchange) feature instead of a PTT button.

As the name suggests, this is a voice-activated transmission which eliminates the need to press a button but rather listens for human speech to start transmitting.

Here is a guide on how to properly connect two or more walkie talkies.

It is usually advised to go for walkie talkies of the same make and model so that the issue of compatibility won’t come up.

Such units usually have the same kind of DCS (Digital Coded Squelch) or CCTCSS (Continuous Tone Coded Squelch System), which are responsible for how the radios communicate and interpret the signals received.

DCS sends a code with the transmitted signal; only radios with the same codes will receive and properly interpret the signal. CCTCSS works in a very similar way except that it uses a tone instead of a code.

If you’re using radios that do not have compatible CCTCSS or DCS (which might be the case if you’re are using different brands), then the only way you can get them to properly communicate is to turn off this feature (or functions) on each of the devices.

The next thing is to set up the frequency. You can connect as many devices as you want as long as you set them to use a single frequency or channel, as it’s often referred.

Once the channel is set, you will get a static hissing sound, which shows the radio is in a receiving mode. As soon as a signal comes through, the sound ceases; then, you can listen while the person on the other end speaks.

No matter how many walkie talkies you have connected, only one unit can transmit at a time (the speaker) while the others listen.

To start talking on the walkie talkie, push the PTT button and hold it down till you’ve finished recording your message. Then release the button to broadcast your message.

As soon as your message is received on the other end, your radio switches back to listening mode (that’s after you release the button) so you can get a reply. Note that for all this to happen, you and your partner (or group) must be within range.

Now let’s see how you can get two or more radios to use the same channel. We’ve already touched some of this in the previous section, but let’s go through it formally.

Note: Depending on the type of frequencies (FRS or GMRS) the radios are using, their channel numbers might not be the same. For instance, channel 2 on one radio might be channel six on another.

So, make sure the channels and channel numbers correspond for whatever type of frequency the device is using. Or else, the connection won’t work.

How Do You Accept a Walkie Talkie Invitation

When another user (it could be your friend or someone else) wants to communicate with you over the radio, he or she will send an invitation. There are two ways you can respond to this invitation – you can either accept or reject it. To accept, simply press “Always Allow” or tap “Dismiss” if you don’t want the invitation.

You will need to go through this routine when connecting two walkie talkies together.

How Do You Sync Two Walkie Talkies

Just before we draw the curtains, it would be nice to see how we can sync two walkie talkies that are not connecting. Although we’ve touched this topic a bit earlier on, let’s consider it in more detail.

Not really. Real two-way radios generally do not need Wi-Fi to work. However, walkie talkies on other gadgets such as smartphones and Apple watches require internet connection or Wi-Fi to work. There are also special “Wi-Fi walkie talkies” designed for people in the security industry.

Not at the moment. Maybe it might happen in the future.

Can a walkie talkie be tracked?

Yes, but it’s usually difficult. The transmission has to be long enough, and you will need a directional antenna.

How far can walkie talkies reach?

The advertised range for most walkie talkies is usually around 25 to 30 miles. However, no unit ever reaches its maximum range in reality as there are so many limiting factors.

Two-way radios have come a long way, and it doesn’t look like they would disappear anytime soon. Whether you’re looking to experience some adventure or just want a device to communicate in places without network coverage, there has never been a better time to get your own device.

However, no matter how sophisticated the walkie-talkie is, it would never amount to any good until it has been properly connected with other radios. Hopefully, by now, this should no longer be an impasse.

Let us know if you still have any questions about how to connect walkie talkies. Or else, share your experience and tell us if you found the article useful. 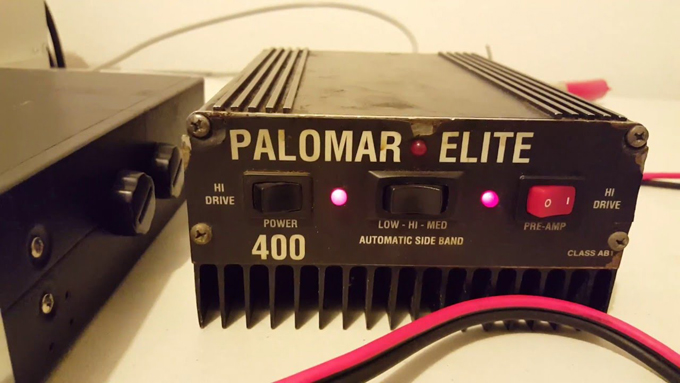 1 thought on “How to Connect Walkie Talkies to Each Other”